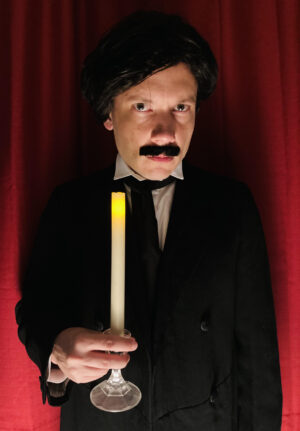 Join writer, performer and Baltimore Ghost Tour guide Tim Paggi for a one-time event on the anniversary of the death of Edgar Allan Poe – Poe’s Last Stand! Paggi will resurrect Baltimore’s most notorious literary figure for a walking tour of Fells Point, the portside neighborhood Poe visited in the days leading up to his death on October 7th, 1849. To this day, his tragic and early death is shrouded in mystery and has puzzled historians and fans alike. What better way to learn more about his troubled time in downtown Baltimore than from the master of the macabre himself? Along the way, you’ll also hear special renditions of some of the neighborhood’s best known haunted tales.