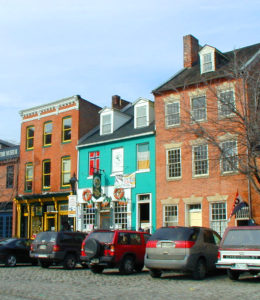 Turning 21, or hosting a corporate event or bachelorette party in Baltimore? Fells Point, a historic maritime village located along the Baltimore harbor, is the perfect place for 2019 Baltimore group events! From 5-star hotels to bars with nightly live music, Fells Point has it all, in a charming neighborhood setting. If you are planning a party or group activity in Baltimore’s Fells Point, look no further than this guide for event, hotel, and restaurant ideas.

There are many options for dining in Fells Point. Some have designated spaces that they rent for 2019 Baltimore group events including: 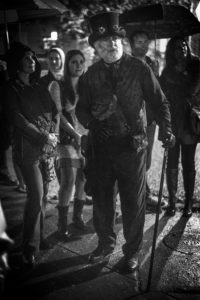 Join Baltimore Ghost Tours this February for our 2019 Valentine’s Day event- the Haunted Hearts Pub Tour! Explore the amazing, astounding and horrifying history of Valentine’s Day, and some of Fells Point’s most interesting taverns with storyteller and historian Cliff Long. From the tale of the first valentine to the story of Edgar Allan Poe’s failed Baltimore romance, this tour is sure to leave you breathless! 21 and over only!

Please note that this tour is not primarily a haunted tour. It focuses on the macabre history of Valentine’s Day.

This tour is also available as a group activity or corporate event. Please email us at info@baltimoreghosttours.com or fill out our group tour reservation request form.

Along with the bars and restaurants, Fell’s Point has great shopping.  Come a couple of hours early before your ghost tour or haunted pub crawl to stock up on some items that you won’t find anywhere else. Here are some of our favorite places to treat yourself or find a unique gift.

October 2, 2017 / baltimoreghosttours / Comments Off on 10 Great Things to Eat and Drink in Fell’s Point This Fall 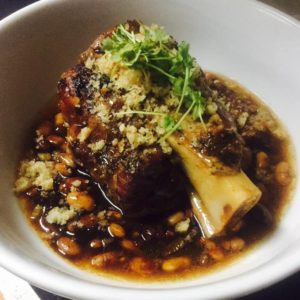 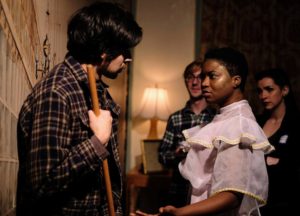 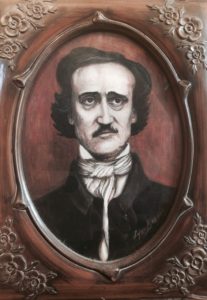 Our favorite time of year – Fall! We will be adding  Fells Point Haunted Pub Crawls every night in October, and we are gearing up for the Fall 2018 ghost tour season. Haunted tours make great Fall group activities or corporate events for any Baltimore area company.  Our tours are available year round as well.  Book Now or email us at info@baltimoreghosttours.com to book your corporate event or group activity! 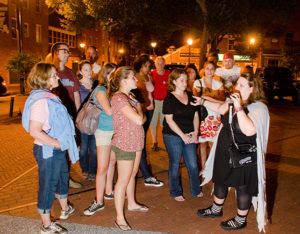 Join Captain Flint (tour guide Cliff Long) during Privateer Days in Fells Point for a rollicking raid on four taverns as we plumb the depths of numerous pints and explore a treasure chest full of stories and tales both true and legendary focusing on that immortal group of scaliwags, scoundrels, and freebooters known as The Bretheren of the Coast!  Pirates!  Discover the origin of the first Jolly Roger, learn of the exploits of Henry Every, known as “the pirate who got away,” be amazed at the grit and backbone shown by Anne Bonny and Mary Read, two of the most famous female pirates of all time, and shed a tear at the true story of Black Sam Bellamy and the wreck of the Whydah, his lost love, her doomed crew, a ghostly vision, and the recovery of her treasure in the 20th century; a treasure worth millions.  Need more?  Not to worry; we’ll be “yarnin’ through the spars” all evenin.’ Have a hankerin’ to sign on?  Do it now!  Guaranteed, this tour ain’t no common “bilge and blather”!  There’s limited berths on this voyage, and the early bird gets the worm, so see you on April 1st, and don’t forget t’ don yer pirate gear!  Aargh!! 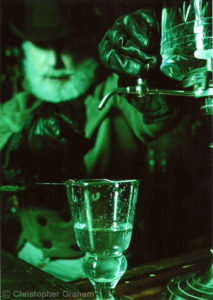 Join our sister company, Baltimore Wicked History Tours, as we take you on back to when Fells Point was a colorful, dangerous place to visit, crawling with sailors, privateers, ladies of the night, and immigrants looking for a better life. Tempers ran hot with people who had nothing to lose and those looking to exploit them.  But Fells Point had its bright spots with luminaries like Billie Holiday and Edgar Allan Poe roaming these historic streets. Come take our Fells Point history pub tour and crawl and experience Baltimore’s scandalous history! This is a Baltimore history tour like no other. Some might call it wicked.